Zak, a 22-year-old wrestling enthusiast with Down Syndrome, lives in a retirement home because the state has nowhere else for him. After numerous failed attempts, he finally breaks out and heads cross-country to find his favourite wrestler, The Salt Water Redneck.

Stowing away in the boat of a troubled outlaw named Tyler, Zak manages to convince Tyler to help him get to a wrestling school run by his hero. The two set off on an adventure through the stunning North Carolina Outer Banks. Along the way they hunt, fish, drink and share their secrets. But hot on their heels is nursing home volunteer Eleanor, sent to bring Zak home.

“★★★★ … harks back to the ragged romanticism of a Huck Finn adventure … this shambling buddy movie really works.” 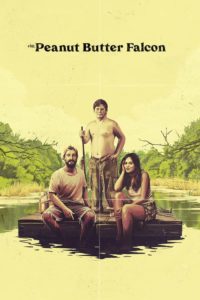