“This elegantly shot and masterfully crafted portrait of Palestinian life offers a rare chance to be immersed in the heart of Gaza, as we glimpse behind the walls of this misunderstood land to get to know the real people who inhabit it. This is the must-see documentary of the year”
Hussain Currimbhoy – Senior Sundance Programmer
The award winning documentary GAZA  has been screened all over the world since it premiered in The Sundance Film Festival this year.
Five years in the making, this film wouldn’t have been possible without the hard work and dedication of our Gazan film crew and contributors.
However none of them have seen the film they worked so hard to make.
There are no cinemas in Gaza and people are not afforded the opportunity to watch films collectively.
As a result, the GAZA crew, both in Ireland and on the Gaza Strip, have set up an appeal to raise money to stage the Red Carpet Film Festival in Gaza this November.
The situation in Gaza is worsening by the day and local sponsors are just not there anymore. The festival is a shining light for the people of Gaza who try so hard to strive for normality and who desperately need any outlet to escape the pain and anguish they suffer constantly.
In order to reach our funding target we are having a very special screening of the film in the beautiful Regal Cinema in Youghal on October 16th.
Tickets available online at
https://www.eventbrite.ie/e/gaza-fundraising-screening-youghal-tickets-74811141137
Or
At The Regal Box Office.
Tickets are €25.00 for standard Tickets
and
€35.00 for Deluxe Mezzanine Tickets

ABOUT THE RED CARPET FESTIVAL: https://drive.google.com/file/d/1FsRp5EcfN-oNLBZS2Hlzq9Zxe2L1IFvK/view?usp=sharing_eil&ts=5d9347fd 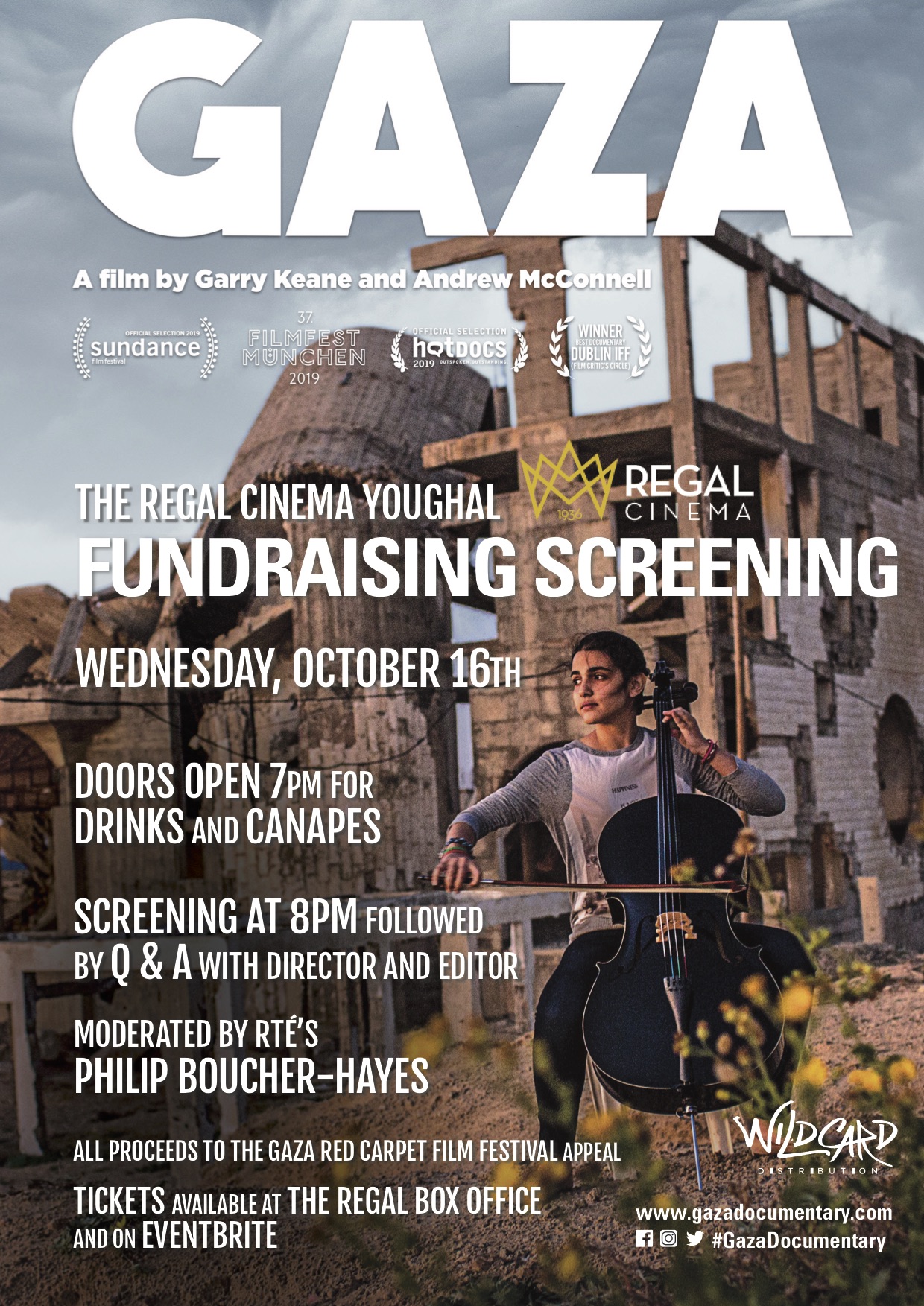